COSMO DARTS and Fit Flight were crowned 1st place in THE WORLD 2019 CONSTRUCTORS RANKING. They are both from Cosmo Seiki Co., Ltd., which shined as a top company in both Barrel and Flight divisions. It is the first time that brands of one company take the top-ranking position in the 2 divisions in THE WORLD CONSTRUCTORS RANKING.
To mark the historic double awards, we interviewed Hiroaki Matsubara, director of the amusement division at Cosmo Seiki Co., Ltd. who leads COSMO DARTS and Fit Flight brands.

Congratulations for the Barrel and Flight awards. Could you send a message to COSMO DARTS and Fit Flight fans all over the world?

Mr. Matsubara: Thanks to your support, COSMO DARTS and Fit Flight were top ranking in both Barrel and Flight divisions in THE WORLD 2019 CONSTRUCTORS RANKING. I also thank the players who gave the supreme performance that led to this honor.

When you look back at the 2019 season, what were the highlights?

Mr. Matsubara: The season opened with Royden Lam's victory. The performances of Jose Justicia and Pupo Teng Lieh were also outstanding. Justicia has been building up a great momentum since 2018. Pupo Teng Lieh came into sudden prominence last year. He has a very interesting background: he was born in India, grew up there until 18 then moved to Taiwan. His hobby is Enduro, a motorcycle sport that is practiced on extended cross-country and off-road courses. Naturally this hobby nurtures his nerve and clutch.
Regarding the Japanese player, Yoshihisa Baba participated in all stages of THE WORLD. He competed in tournaments outside Japan for the first-time last season. I am looking forward to seeing the impact of this experience on his performance this new season.
Shogo Yokumoto achieved BEST 4 of STAGE3 in Japan. Up-and-coming players like him worked hard and contributed to this award.

Please tell us about the "ROYDEN LAM2", a signature model of Royden Lam, one of the most prominent COSMO DARTS players

Mr. Matsubara: The ROYDEN LAM2 is an improved version that was made based on the input from the player when he used ROYDEN LAM1. The cut in the barrel is extended to the shaft to encourage a consistent grip and release. Also, a more stylish cut was added.

What is special regarding the new product, "Fit Flight PRO"

Mr. Matsubara: When we ranked top in the barrel division in the 2018 season, we announced that we would launch newly developed setting parts in 2019. But the schedule was delayed till February 2020. It will be the first launch of a new flight in 5 years.
The new flight has superior durability and its flexibility provides darts with greater stability.
It comes in 3 different shapes: Drop, Kite, and Standard. Each shape has 6 different sizes.
We will carry 18 different types in total to tailor to the needs of each player.
Additionally, an endurance test was conducted at the chamber of commerce.
We have created this flight based on professional requests, so it may not be easy for players in middle or beginner levels to make full use of it. We are proud of this product and want many people to try it.

You have 3 brands: COSMO DARTS, JUGGLER, and CODE METAL. Could you tell us about their distinctive features?

Mr. Matsubara: The COSMO DARTS brand is characterized by its basic function, design, and innovative technology. When we were creating barrels, we wanted to expand the concept. So we introduced other new brands.

JUGGLER focuses more on the design of flights and barrels responding to players' requests for flights with various designs. The brand releases limited quantity of newly designed flights every month.

CODE METAL started by fusing advanced technology, our player knowledge, and the best materials. By focusing on the barrel's surface finish, polishing its surface asperity to its utmost limit, this series offers a superior consistency to shark cut barrels which offer a strong grip. 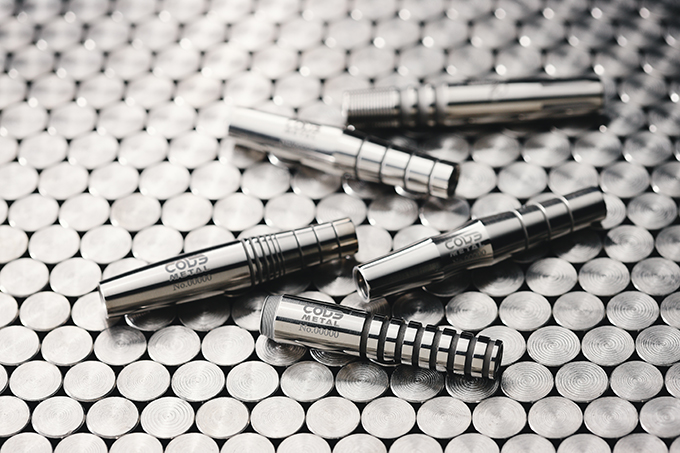 What do you look for in selecting sponsor players from a pool of candidates?

Mr. Matsubara: "Affinity" to our brand is important in selecting COSMO DARTS players. We also focus on the candidate's character and darts skills in the selection. Usually those players are referred to us by our own players and distributors, as we also consider connection to be important.
We believe in a fair play spirit and in civility. The players should behave cordially and courteously at all times, not only during competitions.
We have workshops and trainings for our players. We enter into a sponsorship contract with players who understand and meet these requirements.
We expect the players to have love and respect for the COSMO DARTS brand, not only to win tournaments and tours.
Thus, the candidates should be COSMO DARTS users who love and respect our brand or players who adore our brand. This is an important requirement in order to promote our products including barrels.

I see that the COSMO DARTS players are all wearing matching uniforms.

Mr. Matsubara: Yes, as part of our brand strategies, COSMO DARTS has made matching uniforms. It takes an extra effort, but the uniform can show our solidarity and works well for our brand promotion.

Mr. Matsubara: We will give our best to earn THE WORLD 2020 CONSTRUCTORS title. So please root for us this year as well.