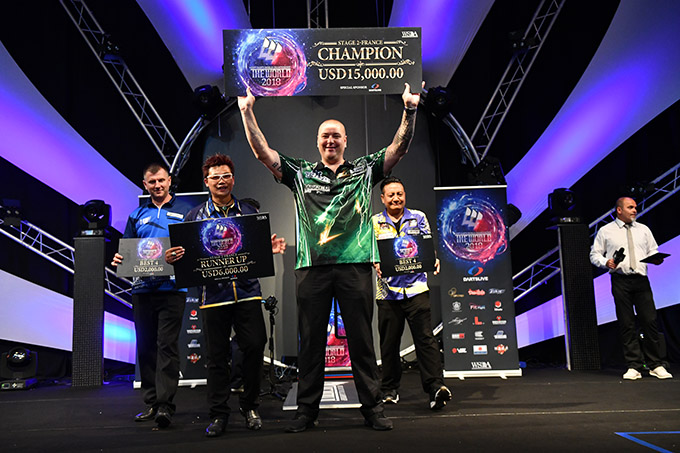 Boris Krcmar won THE WORLD STAGE 2 in France on Sunday June 17. Beating Royden Lam of Hong Kong in the Final, Krcmar earned his 5th victory (including the GRAND FINAL) for the first time since the GRAND FINAL in December 2016. Thus, he broke his streak of not triumphing in the final competition, and reaffirmed his long time fame. The Croatian player got his recognition through THE WORLD.
"I had not been able to be a champion for a long time, but finally I won. I am so glad. This is a very important victory for me. I was winning constantly 3 to 4 years ago, but I couldn't last year. This victory motivates me to go on in this season." 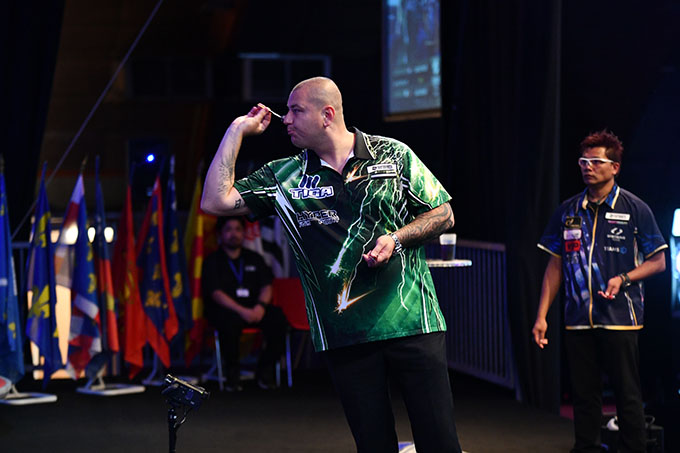 "As you can see in my matches, I throw darts very quick. I don't think much, just throw darts during my matches.(Laugh)"
As he commented, Krcmar attracts darts fans with his snappy shootings. He throws 3 darts one after another rhythmically without much hesitation.
"I am not doing so consciously but I just like quick throwing. However, at very critical point of a match, I try to stop for a moment to keep calm. Just throwing quick doesn't bring any good result."

The TOP LADIES Award to Yamaguchi from Japan 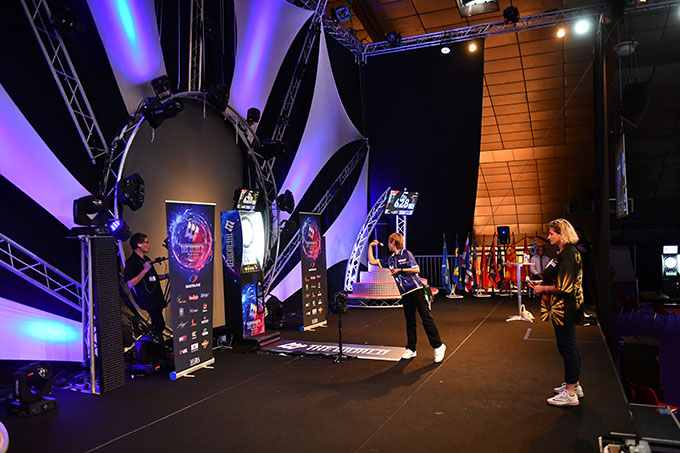 The top players of STAGE2 included worldwide players such as Krzysztof Ratajsky of Poland and Pupo Teng Lieh of Taiwan who both were BEST4.
By winning this stage, Krcmar tied with Leonard Gates in the annual ranking. Now both are sharing the top spot. Thus, Royden Lam, runner-up of this stage, jumped to the 3rd place in the annual standings. A regular player of THE WORLD since its staring year of 2011, Lam is the top player of Hong Kong. He has shown significant improvement from the last season.
Don't miss his performance in the upcoming stages! A couple of other greats placing just beneath Lam include Paul Lim, the top player of Asia and Haruki Muramatsu, the winner of SUPER DARTS 2018.

Next stage in Japan

STAGE 3 the halfway point of the season will take place in Japan.
Krcmar added the following conclusions: "Of course, I will play at the Japan stage. There people in Japan are nice, and it is one of my favorite countries. I want to win there and prove that I am the strongest of the world. See you in Japan!"
STAGE 3 is in Tokyo on Saturday August 25. The live streaming of the tournament will be on the official website for the event.