THE WORLD enters into its 4th year in April 2014.
A variety of records have been established at this tournament of the world's best players.

Let's take a look at some of the records to enhance your enjoyment of THE WORLD. 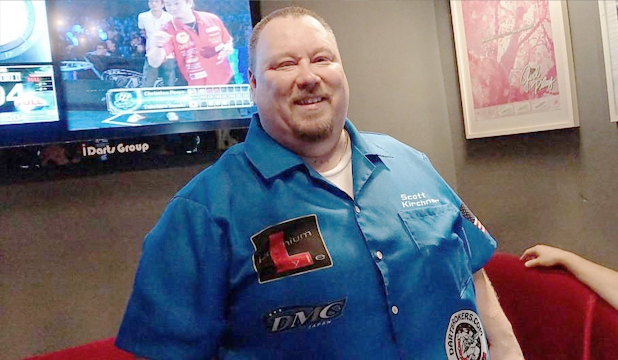 Scott Kirchner from the US marked the highest SHOOT OUT score during last year's THE WORLD event.
If you hit all panels without making any mistakes, you can achieve the perfect score of 12,832.
Without exaggeration, we can say that Kirchner's score was remarkably high considering it was achieved during the tournament.

Being the US National Champion and a representative player of the US for a number of games, Kirchner is a notable player with a significant amount of experience.
Darts thrown from his big body with his unique shooting rhythm are very stable and he always achieves high stats at the tournaments.
A number of US players admire his refined and smart playing style.

He fully demonstrated his ability and achieved a record high 11,461 points in SHOOT OUT.

【SHOOT OUT】
This is a practice game which you aim for high scores by hitting the panel number 1 to 20 and the BULL. Hitting each and every panel accurately is the key to gain high scores in this game. 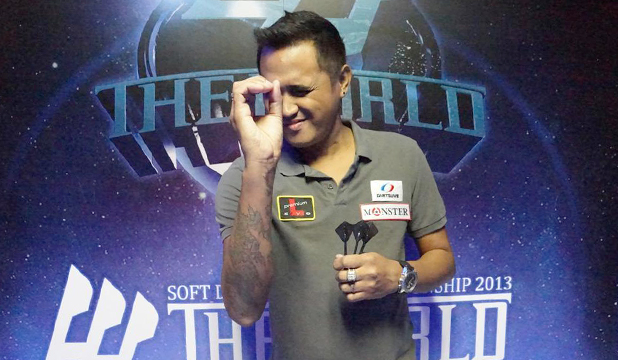 As everyone knows, Laurence Ilagan is the soft tip darts world champion who won THE WORLD 2013 GRAND FINAL.
He is the leading figure of THE WORLD and this record of 43 consecutive BULL hits has proven great capability and high concentration level of Ilagan that are noted as ASIA's best.

【BULL MASTER】
How many times can you hit the BULL consecutively? The rule is simple, but it is a serious game as the game is over as soon as you miss the BULL.

64th place is the highest achieved by female players. 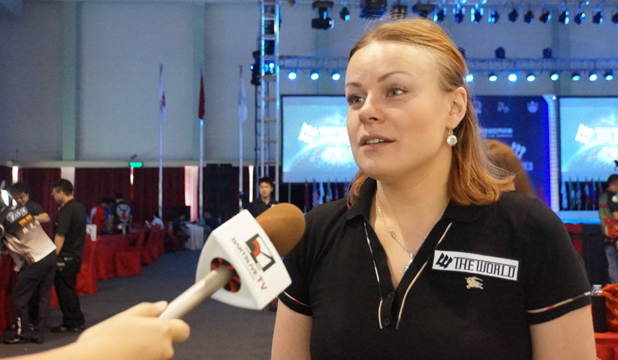 Female players also take part in THE WORLD, though they are still the minority when compared to a larger number of male participants.
However, some of them have strong presence in the tournament and Anastasia Dobromyslova, the world champion and the world's most popular female player, probably comes to the top of that list.

The best result achieved by female players during last year's THE WORLD was Dobromyslova's 64th place. She made her way there twice, once at STAGE 3 and the other at STAGE 5. (STAGE 3 Entrants: 248 people / STAGE5 Entrants: 181 people).
You may say that 64th among all the world's toughest soft tip dart players is a remarkable achievement. But, given her outstanding darts career, is it too much to expect her to do better?

We look forward to seeing more and more exciting darts play of Anastasia and all the female players. 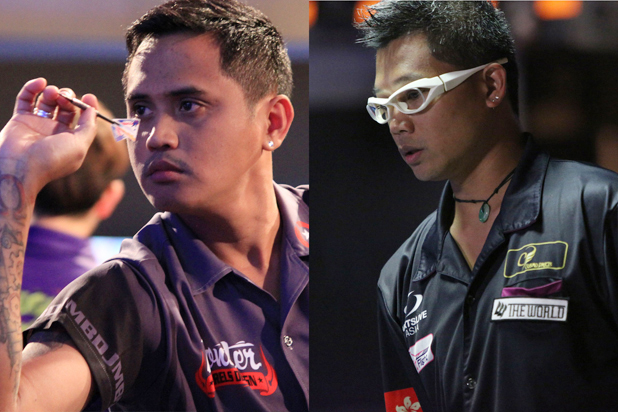 There are 2 players who attained the largest number of *WORLD 14 in the game of 701 during the last season. (*WORLD 14 is the award name for finishing 701 game with 14 darts)
Royden Lam from Hong Kong and Laurence Ilagan from Philippines did it 9 times.

The largest number of WORLD 14 achieved in just one tournament is three times. This record was achieved by the above mentioned two players (Lam and Ilagan) as well as by Takehiro Suzuki from Japan who displays showmanship in his darts play and Ray Carver, the big-name player from the US. All are unbeatable once they are on fire.

Surprisingly, the STAGE 2 champion Scott Kirchner never achieved WORLD 14 while all the other last year's regular STAGE champions marked the record at least once.
This was not because of an issue with his skill level. It was rather a result of his playing style where he consciously aims to finish the game more securely than gambling on attaining WORLD 14.

All the world's leading players gather at THE WORLD. What kind of exciting games are they going to show us this year?

Watch out! STAGE 1, the season opener of THE WORLD 2014 will be held on Saturday, the April 5th.