THE WORLD will continue to carry its legacy, with the start of the new season in USA on May 8th (Sun).

The Wall of Pre-Tournament

Major changes for this year would be Pre-Tournament Round Robin.
Since its beginning, THE WORLD consisted of only Single Knock Out (SKO), but from 2016 season, it will consist of Pre-Tournament Round Robin, and SKO as a final round.
The road to championship will be much tougher, and players are required to obtain legitimate skill. But on the other hand, there will be more matches in each stage, so spectators (of course even the players) can enjoy more top-notch matches, and that's just good news for all of us!

The Return of the GRAND FINAL 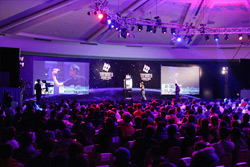 GRAND FINAL is coming back for the first time in 3 years, and it is highly anticipated by fans all over the world for its spectacle entertainment, where top ranked players meet to battle for the title of the best dart player in the world.
In 2011, Paul Lim, 2012, Takehiro Suzuki, and in 2013, Lourence Ilagan became the Grand Champion.
This year, there are 16 spots, which 8 will go to the top 8 players in the annual ranking. The rest of the spots will be going to the winners of the WILD CARD TOURNAMENT, which consists of players who became 9th to 100th place in the annual ranking.
A place where only the strong can stand, GRAND FINAL. Top rankers from last season are all aiming for this finale, awaiting for the opening of the 2016. 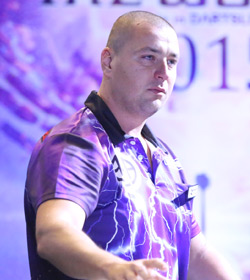 Unlike the overwhelming win in 2014, first half of 2015 was rather tough season for Krcmar, unable to mark the victory.
However, he picked up his games as the season went through and it is just superb how he managed to become the overall winner 2 years in a row.
He is now confident onto making it his third.

"I will keep doing the same thing, do best I can do and become the champion again. Hopefully I will win GRAND FINAL and become first ever player to win both. But I'm feeling little pressure this year, because THE WORLD is getting harder to win every year since better players are coming from around the world." 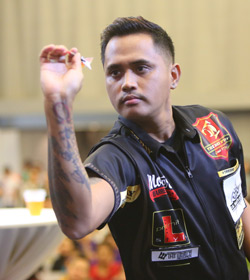 The winner of 2012 Annual Ranking, and the winner of the 2013 GRAND FINAL. Recently he has gone through major surgery, and he is now focusing on full recovery to fight through the new season.

"Boris is sure to be one of the strongest players these days, and he has proved his point too. My motivation is to become the world champion again, preventing him from becoming the first player to win 3 times. The GRAND FINAL is also very motivational for me. The feeling you get from that stage is something that is hard to describe, just incomparable. " 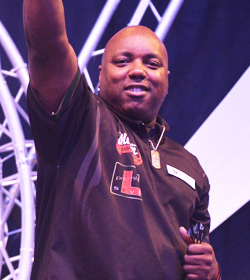 Gates finished overall 3rd in the annual ranking in his first year of playing the whole season. His unquestionable success brought instant fame in the world.
Gates said he made full season to try what he had. He will go into a new season, not forgetting where he came from, the challenger.

"It made me very excited when I heard about the GRAND FINAL coming back. I want to compete in the highest level of my darting abilities to achieve mind blowing results in which, I would find hard to believe, and my mindset is that of, whomever I face in competition, to give them all of what I can do to become victorious in performance. " 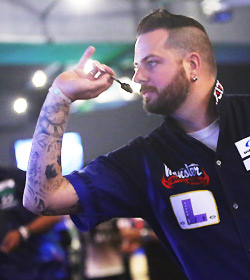 Gray ranked in Top 4 in both 2014 and 2015, where he made to all stages in the season.
He has his mind set in becoming the Annual Champion especially this year, since he was in the race for the annual championship until the very end in 2015.

"I'm very happy because the comeback of the GRAND FINAL also gave me new target. I want to believe in myself more than ever, and become No.1 this year" 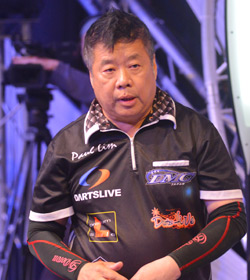 Lim says he wants to win as many tournaments as he can, and being the oldest and longest competitor, wants to prove a point that age doesn't matter. Being one of the winner of the GRAND FINAL, he is one of the player who has strong feelings to the Final.

"The Grand Final is the CREAM of THE WORLD circuit. It is not the same without the GRAND FINAL. It's like the SuperBowl of the NFL. The World Series of MLB. The Stanley Cup of NHL. Having a dream of winning in the GRAND FINAL, and being able to chasing it, it gives happiness to all players and especially to me"

THE WORLD 2016 Loaded with Highlights

The challenge of Krcmar to take annual championship 3 years in a row.
Players who has well established results like Ilagan, Gray and Lim, aiming to prevent this, and become No.1 on themselves, and dark horse player like Gates and alike.
The 2016 season is sure to be an intense season.
Don't forget to tune in on May 8th (Sun) for the first stage of THE WORLD!!