FEATURE STORY - The Friendship of the Two GRAND FINAL Players - 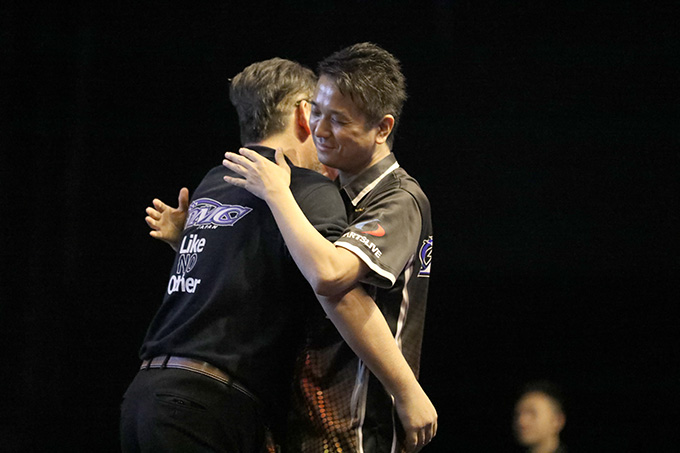 The two players live next to each other and even work at the same place.
How in the world that these two went face to face at the GRAND FINAL, the tournament to decide the best soft darts player of the 2018 season.

They are Sho Katsumi, world known top Japanese player,
And Mitsuhiko Tatsunami. He is yet to known in the world, however he is well experienced and has 13 years long career in darts. He works as a staff at the darts bar Sho Katusmi owns and is a great close friend with Katsumi outside of work.

We paid a visit to this darts bar, where both Katsumi and Tatsunami work. In Gifu, Japan
After hearing our destination, the cab driver told us he knows the bar.
"I know the place well, I heard some really talented darts pro is there. I've given rides to many customers visiting from Tokyo"

In the interview, Katsumi spoke carefully choosing his words while Tatsunami was merely trying to entertain everyone.

Tatsunami said "Who thought I would end up competing with Katsumi on that GRAND FINAL stage!? When I decided to participate in THE WORLD for 2018, Katsumi gave me an advice to play in all the STAGEs if I was aiming for the GRAND FINAL.
He told me Missing one stage could cost me lots of points that will change if I could qualify or not for the GRAND FINAL.

Tatsunami has beaten Katsumi in the 1st Round Match of the GRAND FINAL and advanced to the 2nd round. This has given him great confidence that he never had before.
In my 13 years darts career, now I am at my best! Until not long ago, I was playing with some doubt in myself, always intimidated. But now that I've achieved some results, I'm gaining a lot of confidence in myself.

Katsumi told us that he could feel that Tatsunami's at his best when he play against him.

This season I've been losing to Tatsunami. The GRAND FINAL, and the match at JAPAN Kyoto, I lost all the important matches to him.
Now Tatsunami has more time to face and concentrate on darts, that is really helping him build his confidence. He's now 45 years old but he is improving every day! 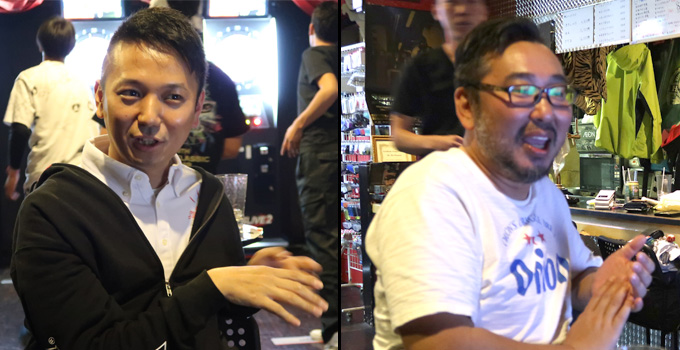 The two has been good friends for over 10 years.
Katumi speaks excitedly about their friendship, "Tatsunami is now living next door at the same apartment building. When he has trying to move, my next door moved out, so I casually asked, "Why don't you move in?" and he actually did move in!! We can freely visit our balconies at home! And we sometimes go finishing together. The other day, when Tatsunami won the JAPAN stage, I even got letter from his mother saying "Thank you and please continue to have some good relationship with Tasunami"

For Tatsunami, this relationship with Katsumi is giving him positive results.
"I feel that it is giving me good effects, when your private life is going well, you don't have to worry about other things, just concentrate in playing darts" says Tatsunami.
Then Katumi said coolly from the side "For me, my private life doesn't affect my darts at all".

We cannot wait to see how these two will compete in THE WORLD 2019 Season.