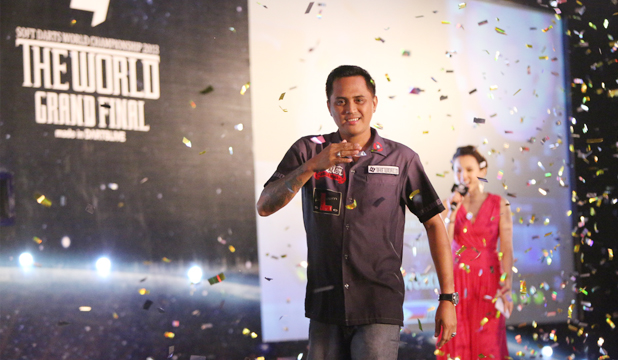 "It took a long time to get here. But I finally won."
Ilagan said. This Philippines' hero had been one of the strongest contenders for the title since the first tournament. But he finished best 8 in 2011 GRAND FINAL, and best16 in 2012 GRAND FINAL. This is his long-awaited first championship title. 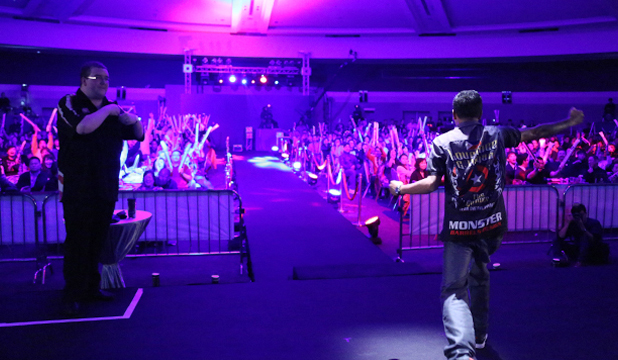 Noise turned into a loud cheer at the venue.
Ilagan hit the double bull consecutively at the LEG2 cricket in the quarter final match against Stephen Bunting.

Many fans consider this match as an actual final because of the strength and tournament records of both players. Bunting showed his overwhelming power in the tournament, but Ilagan defeated him 3-1 by taking both LEG1 and LEG2.

Full of ups and downs 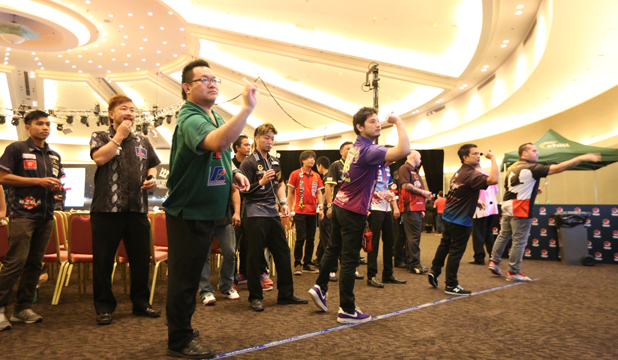 On hindsight, this tournament had full of ups and downs. GRAND FINAL is a high level competition that draws world's top players, and no one can predict who will win. In other words, anyone can be defeated. In fact, top players including Ray Carver, Darryl Fitton, Sho Katsumi, and Mitsumasa Hoshino lost in the first round. Many competitive players disappeared at the early part of the tournament. 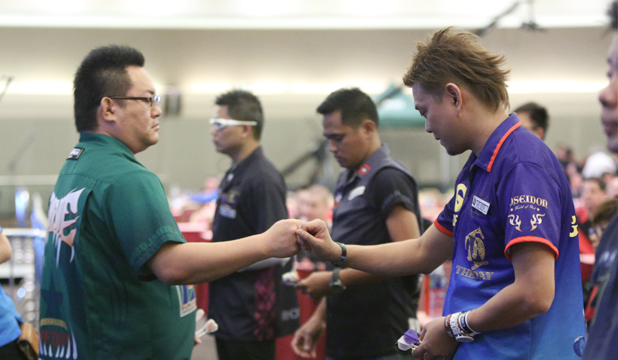 Many favorites for the Championship lost before the best 8 competitions.
Japanese player, Morihiro Hashimoto defeated Takehiro Suzuki, the defending champion who won last GRAND FINAL. Ronald Briones who won 2 regular STAGES in this season was defeated by Stephen Bunting by a hair. Benjamin Dersch prevented Scott Kirchner, the winner of SUPER DARTS 2013 to join the best 8 players. 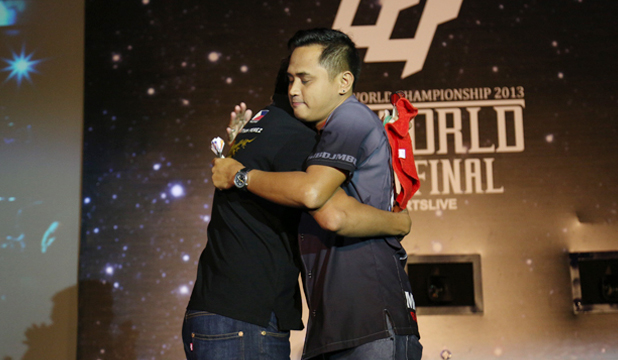 Both Ilagan and Perez from Philippines survived to compete in the final match.
"Perez is younger than me and watches my play closely. He asks me questions about darts technique." Ilagan said. This final was a competition between players who know each other's strategies very well.

Ilagan was not feeling well right before playing on the final stage due to pressures and fatigue from the competitions in the season. The other finalist, Perez reached the finals in 2 consecutive years.

First, Perez was leading the match. He shot first in LEG1. However, probably because of pressure, Perez could not perform that well, and Ilagan took over the game showing his wild, flexible and dynamic play style. Ilagan was leading 3-1 in LEG5, and Perez regained his pace. But Ilagan outperformed Perez and won this match 4-1. 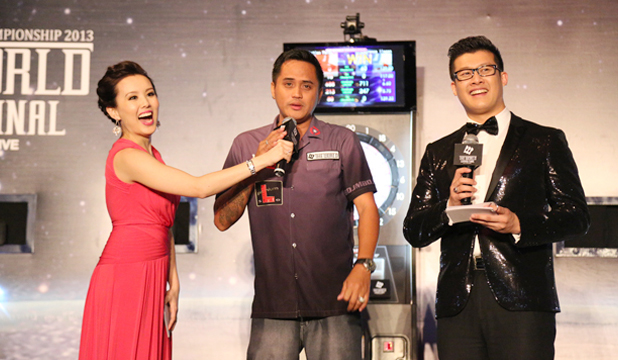 "I have spent half of my life for darts. THE WORLD changed my life."
Ilagan commented right after the match.
"I consider people who are engaged in this tournament as a family. Thank you, my fans in Philippines and people who supported me all the time. We appreciate your support."

THE WORLD is getting tougher every year. Next year, the competition will be more intense. It would be interesting to see the change in power relationships of the players in THE WORLD 2014.