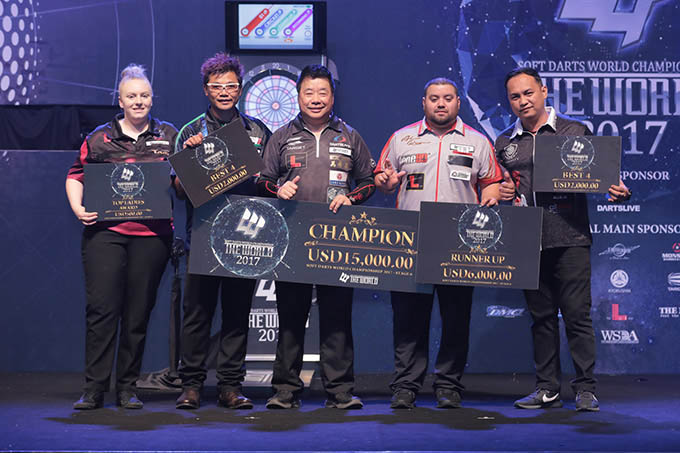 THE WORLD 2017 consists of 6 stages and the last stage was held in Hong Kong on Sunday December 3rd. 2017 Season has finally come to an end and reached the climax with intense battles. For sure that audiences around the world held their breath while watching Paul Lim, STAGE 2 champion and the Annual Ranking No.1, fighting for his final victory.
With so many competitive top players in this stage, it definitely gave a lot of pressure to Paul Lim from maintaining to be the Annual Ranking No.1. However, he concentrated himself and made it to the final. After the intense battle with Alex Reyes, Paul Lim defeated him and become the champion of STAGE 6! Moreover, he also became First place in the Annual Ranking, 2 years in a row! Up untill this season, Paul Lim has become Annual Ranking No.1 for total of 3 times. No one has ever achieved this record so far, he absolutely is The Legend!

Heated Battle between father and son!

Darts fans around the world have awaited for this father and son battle. In the 1st LEG, Paul played second but he beautifully reduced 142 points and won the 1st LEG. In the 2nd LEG, their battle reached the climax as both of them scored over 700 points, but Chris Lim took this one with a high score. They were tied after 2 LEGs, everyone at the venue held their breath. Paul Lim played the second in the 3rd LEG but he took the lead and didn't allow his son any respite to turn this game around. Paul Lim was 2-1 when the 4th LEG began. Paul kept the advantage for being the first player to the end and got his victory in this battle. He defeated his son and made it to the QUARTER FINAL at last. 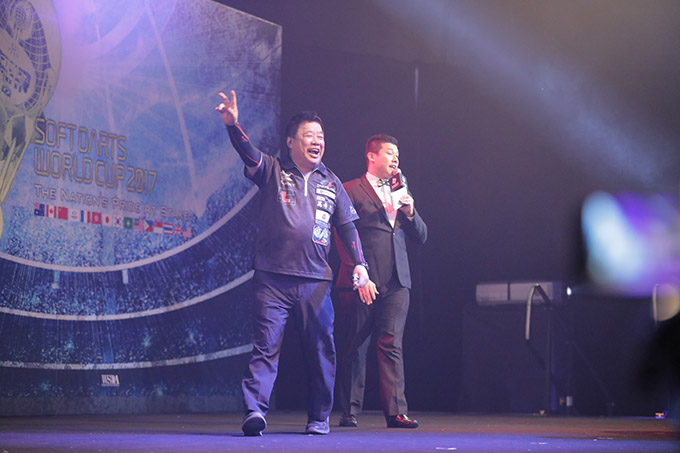 After the magnificent father and son battle, Paul Lim had a tough fight with Royden Lam, who was on Annual Ranking No. 3 at the time. Paul made his way out and took another victory. His opponent in the final match was Alex Reyes, the STAGE 1 champion, was not going to be easy on him. Paul Lim took the first play in the first LEG. Both of them couldn't break until the last. In the final LEG, Alex Reyes took the first play and he kept the advantage of it. However, Paul Lim turned the game around after a while. In the 11th round, he made the last throw and took the victory with large cheers and applause! He became the STAGE champion again in the very last stage this season!

The four TOP players got into SUPER DARTS 2018!!

The Annual Ranking for this season has been confirmed along with the end of the last stage. The top 4 players of THE WORLD 2017 can receive the seeding of SUPER DARTS 2018. Since Royden Lam (Ranked No. 2) and Harith Lim (Ranked No. 5) have already received the seeding in other tournaments, the player who is on the 6th place of the Annual Ranking will be able to participate in SUPER DARTS 2018. 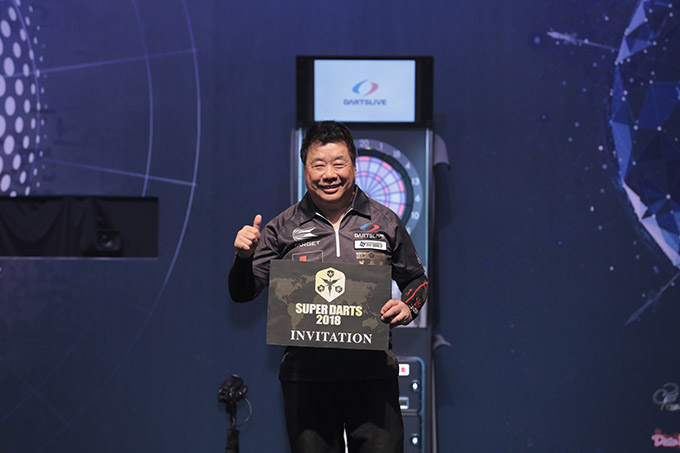 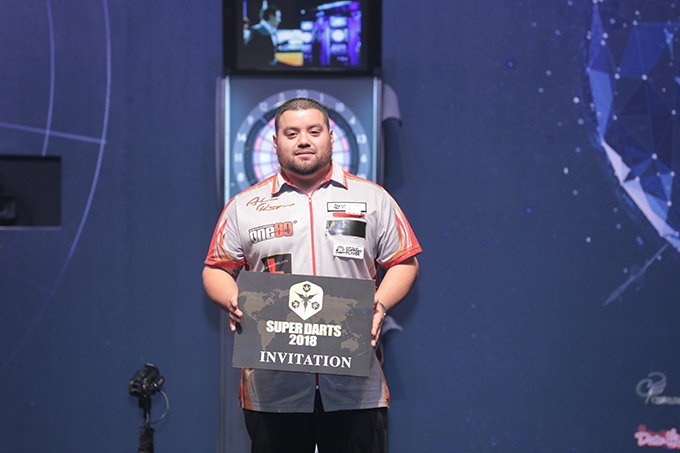 Alex took the champion in STAGE 1. He is one of the strongest darts players in USA with no doubt. This will be his first time participating in SUPER DARTS tournament, we are all looking forward to seeing him be on stage and play great games. 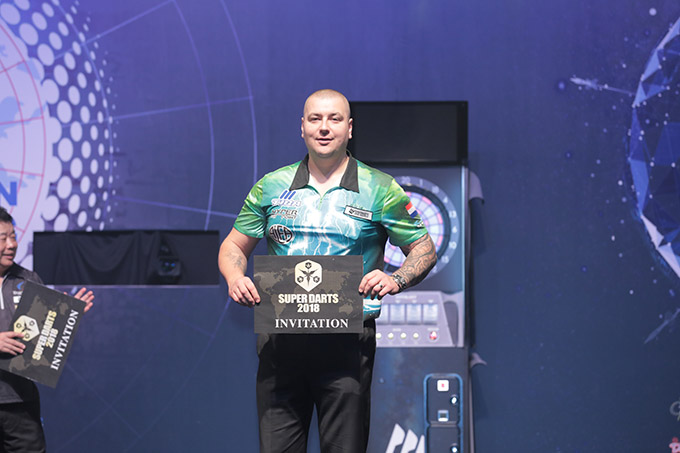 Boris was the Annual Ranking No.1 player in both THE WORLD 2014 and 2015. He participated in SUPER DARTS 2015 and 2017 but unfortunately he missed the victory twice. 2018 will be his third time to be on the gorgeous stage with the strongest players around the world. Will he become the champion this time? Stay tuned. 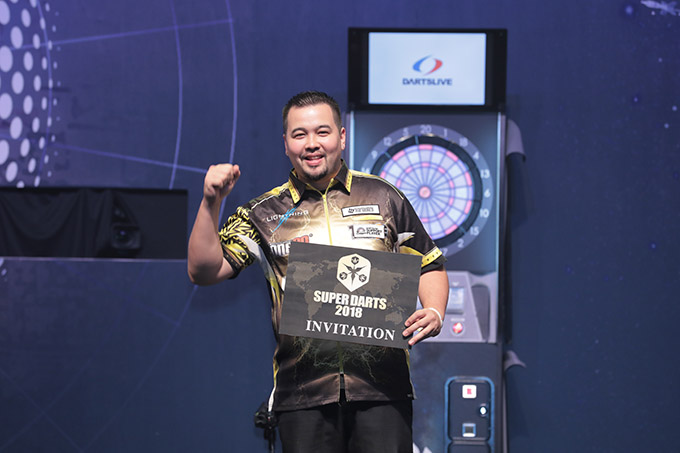 Chris was the champion of STAGE 5. His skills and strength are growing fast which makes him a threat to other TOP players for sure. He is going to participate in SUPER DARTS the very first time along with his father. Do keep an eye on his battle and we are looking forward to seeing how far he will go!

16 seeding players have been selected from THE WORLD and top tournaments around the world. The strongest players will gather and fight for the victory in SUPER DARTS 2018. The gorgeous event will take place on Mar 15 (THU) and Mar 16 (FRI) in Japan. Do not miss the event!