THE WORLD will be more fun and more exciting!

Since its start in 2011, SOFT DARTS WORLD CHAMPIONSHIP THE WORLD is drawing leading players from many countries and regions. The fierce competition excites audiences every year. 2017 marks its 7th season and 6 stages in total are scheduled. STAGE 1 will be held in the U.S. on Saturday May 13, followed by the stages in France, Taichung (Taiwan), Japan, Malaysia and Hong Kong. The players will be ranked based on their total points earned in those stages.

It is notable that THE WORLD 2017 will present awards for these categories: SHOOT OUT, BULL MASTER and TOP LADIES. For bloc allocation of the pre-tournament round robin, each stage will have score attack games using SHOOT OUT and BULL MASTER. Cash prizes are given to the player with the highest score at each game as well as the player with the highest score of the year.
TOP LADIES award will go to the female player who is ranked the highest. As THE WORLD is drawing more female players every year, the LADIES stages are getting much tougher. As well as each stage competition, be sure to watch the competitions over each award.

The competition over the points will be even more intense for this season as the top 4 players in the ranking can earn the SUPER DARTS 2018 berth as announced in SUPER DARTS 2017 in March. Only 16 top players can compete in SUPER DARTS. All leading darts players are eager to earn a spot on the stage.

Paul Lim was ranked the top in the 2017 ranking by turning the game around and defeating Boris Krcmar, who had been the point leader until the final match. However, Krcmar proved his strength by winning the GRAND FINAL. He became the world's champion by crushing powerhouse players. Darts fans all over the world are eagerly waiting to watch the rematch of these top 2. Of course, we can't miss the upcoming performance of veteran players, such as; Scott Kirchner, the runner-up of SUPER DARTS 2017, Adrian Gray and Lourence Ilagan. We also expect the emergence of lesser-known players. 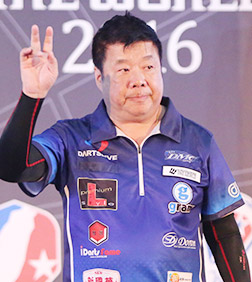 Paul Lim was ranked top last year earning the highest points, although he had a hard time in the first half of the 2016 season. Lim was unable to take any leading spot in GRAND FINAL and SUPER DARTS 2017, but he is gearing up for the new season to take the top position in the ranking of THE WORLD 2 times in a row. 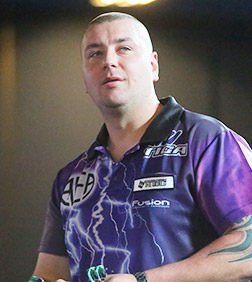 Boris Krcmar couldn't achieve his 3rd consecutive victory in THE WORLD 2016, but he proved his strength by winning the following GRAND FINAL. Krcmar aims to take the top position back in the ranking this year. Fans are waiting to see whether he can be the winner of the 1st stage in this season for 2 years in a row. 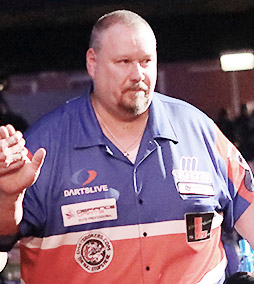 Scott Kirchner is a leading player from the U.S. He defeated powerhouse players one after another, and shined as the runner-up in SUPER DARTS 2017. Although he was on the 19th, not the leading positions in the 2016 ranking, he did much better (Runner-up) in SUPER DARTS 2017. Kirchner may improve his position in this year's ranking. 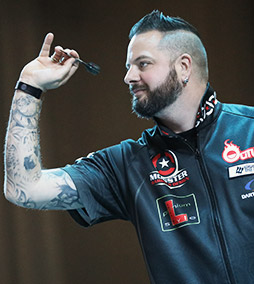 Adrian Gray proved his strength by earning Best 4 position in both SUPER DARTS 2015 and 2017. He was also ranked top 4 of THE WORLD 2014 and 2015 where he participated in all stages. Although his position dropped to the 10th in the 2016 season, we hope he will show his real strength this season. 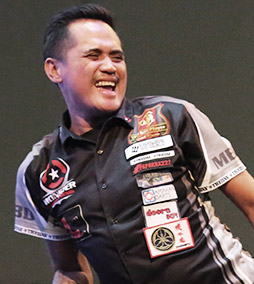 Lourence Ilagan is considered as one of the regulars in top competitions of THE WORLD. Due to his health problem, he did not play in all stages of the past season. So his standing was not that high in the point ranking. However, we enjoyed his powerful performance in the latter part of the past season and SUPER DARTS 2017. We expect that his performance will be outstanding this season.

THE WORLD attracts many darts fans with its exciting matches and unpredictable competitions over its top ranking positions. THE WORLD history will be made in STAGE 1 Las Vegas on Saturday May 13, 2017.
Watch live! Experience the excitement of the opening stage!