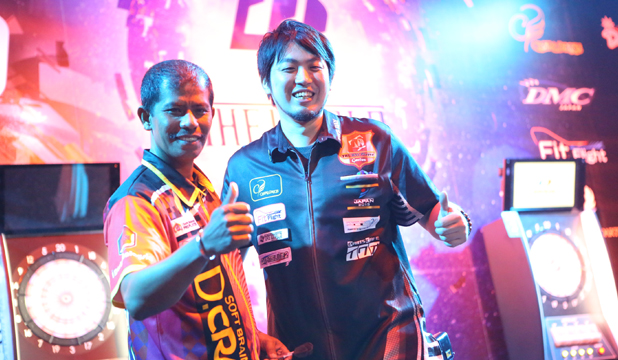 One of the most heated stages of THE WORLD

STAGE 5 was filled with excitement on Sep. 20 (Sun) as THE WORLD was hosted in Malaysia for the first time. In Malaysia, darts has been drawing more and more players in past several years. At the venue, audience was enchanted by the performances of the greatest players from all over the world.

Moreover, a local player of Malaysia, Norhisame Atan advanced to the final against Shintaro Inoue from Japan. Atan was ranked top in DARTSLIVE rating of Malaysia as of Oct., 2015 while Inoue was the second Japanese to play in the finals following Sho Katsumi of the previous stage.

Heated match between Atan and Inoue

"I really appreciate that I can play this amazing stage. I hope to win this first Malaysian stage." Atan commented just before the final match.
Inoue said "As I came to Malaysia from a week before to prepare for the tournament, I am grateful for the supports from the local people. Of course, I appreciate the supports from my Japanese fans. I will play my best to meet their expectations."

Getting 2 legs first, the poker face Malaysian took a lead in the start of the final. Many Malaysian audiences must be convinced of Atan's victory at that time. Just one leg before the expected win, Inoue fought back to tie 2-2 throwing darts joyfully but in a tenacious manner.

Both players threw so accurately that their cork was repeated 3 times and 3 out of 6 darts hit inner BULL. Receiving the loud cheers from the audiences, Atan won this fierce cork battle and threw first in Cricket. Atan was taking the lead till the 4th round that Inoue took. After the see-saw contest, Inoue's tenaciousness paid off and he became the winner of the first Malaysian event. 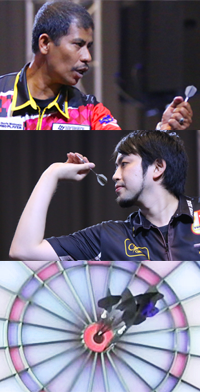 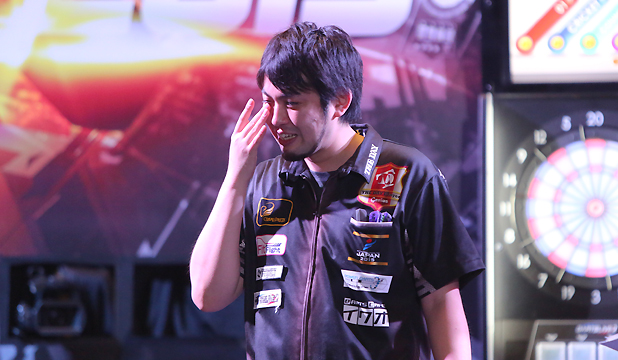 "Norhisame is not only a tough player but also this is his home country. Only I could do was playing my best. I had never teared at my wining before. But the fans supported me made me cry. This victory gave me confidence for my future matches. I will play my best to be one of the leading players of THE WORLD ranking." said Inoue.

The battle over the leading positions in the ranking is also intense. Leonard Gates is now leading with 126 points while both Park Hyunchul and Paul Lim are at 4th with 120 points. The 6-point range from the top to the 4th includes 5 players who are fiercely trying to jump out to be at a higher spot. Besides that, Shintaro Inoue is at the 9th with 101 points. Of course, he still has a chance to have a big upset victory if he can win the remaining 2 stages in this season.

The 2 stages are in China and Taipei.
STAGE 6 will be webcasted live on Oct.18 (Sun).
http://darts-theworld.com/en/live/