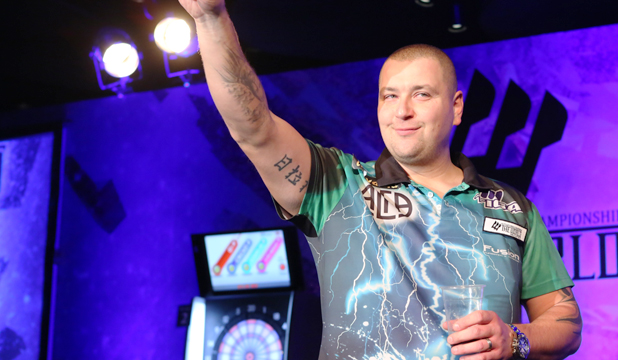 THE WORLD STAGE 7 was held in Taipei on Sunday, Nov.29. As this final stage in this season finalizes the annual ranking, the toughest players across the world gathered and competed at this stage over the top positions. The deciding stage was filled with astonishing energy.

Boris Krcmar claimed his victory in THE WORLD and surged to the top in 2015 ranking. This Croatian is the first player who won THE WORLD for 2 years in a row. Surprisingly, this is the first stage he won in this season. Krcmar pleased and excited the crowd with his amazing performance in his last minute victory.

Japanese players left a great impression as well. Krcmar's opponent in the final was Kenichi Ajiki who aimed to be the first Japanese champion. Top 8 lineup has leading Asian players including 4 Japanese such as Yuji Eguchi and the 23 year-old star player, Hikaru Kakizaki. Outstanding matches were also fought by the top 4 US player, Alex Reyes and the top 8 Malaysian player, Norhisame Atan.

Prize money is awarded to top 64 players in the ranking accordingly. So not only the leading players, but also other players were competing while paying attention to their ranking position.

New heroes are born from THE WORLD every year. As of Sunday, Nov. 29, 2015, the season is completed. We are looking forward to witness the birth of the new hero in the upcoming season. THE WORLD STAGE 1 will be in the US next year. In the 2016 season, GRAND FINAL will be back. More information will be released on our website.