List of past STAGE COLUMN
TOP COLUMN Feature Story STAGE 2 is around the corner! A must-see, not only for the battles over the title but for much more!

Feature Story STAGE 2 is around the corner! A must-see, not only for the battles over the title but for much more!

THE WORLD 2019 has already attracted darts fans around the world as participants engaged in high-level games in STAGE 1. STAGE 2 is expected to have more intense games and will take place in France on 16 June.
As STAGE 2 is the only stage being held in Europe this season, not only will the leading European players of THE WORLD, such as Boris Krcmar in Croatia, Jacques Labre in France, and Jose Justicia in Spain be playing, but there will also be many European star players who don't ordinarily compete in THE WORLD.
Matchups between regular players and new participants will make STAGE 2 more exciting, adding to the thrill of the competition over the title.
Also ever stronger female players' performances will be exciting to follow.
Who will earn the TOP LADIES AWARD in STAGE 2 following the Japan's Suzuki Mikuru, TOP LADIES AWARD winner of STAGE 1? Will any female player go beyond BEST 8, the highest female record established by Tori Kewish of Australia in 2017? Female participants will make STAGE 2 more exciting. 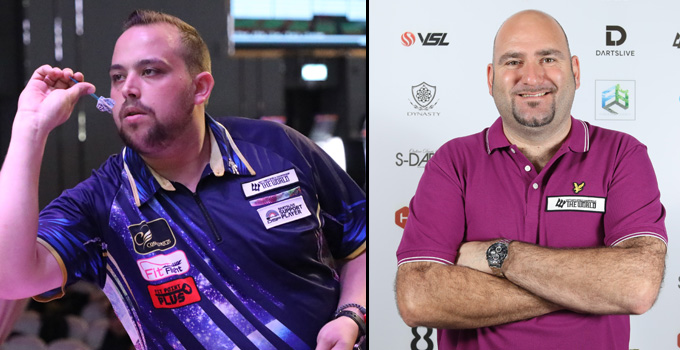 "Since 2011, I have been playing many international tournaments for both soft tip and steel-tip darts. I am comfortable competing regardless of the tournament location. But this is the only stage being played in Europe. It's a real advantage for me this season that I can play in familiar territory. So I want to seize this opportunity and win." Jose Justicia commented.

This leading player from Spain has been participating in THE WORLD since 2013 and has attracted many darts fans especially after achieving his highest ranking position in STAGE 1:BEST 4.

"I enjoyed STAGE 1 very much as I played my best and defeated many strong opponents and advanced to the semifinal. Loyden Lam was gathering momentum and the match against him was so tough. I couldn't win the game. But the defeat motivated me to "practice more to become a stronger player". I will give my all to perform the best I can in each game. I believe that good results come when I give my all in all the games and express my love and passion for darts in the presence of fans."

Justicia is advancing further and getting ready for STAGE 2, getting a good start this season. However, strong players await him on the European stage that draws leading players of both soft and steel tip darts.
The most notable is Scott Waites of the UK. He is the BDO World Darts Champion for 2013 and 2016, and the PDC Grand Slam of Darts 2010 champion. Waites began to play in THE WORLD this season. He seems to be unable to perform his best in STAGE 1 and became BEST 64. Waites could rise much higher in STAGE 2 if he performed his best in STAGE 1. The stage is attracting leading steel tip darts players of PDC and BDO who are not the usual players of THE WORLD such as Jelle Klaasen of the Netherlands, Kim Huybrechts of Belgium, and Michael Unterbuchner of Germany, who has a brilliant record in BDO.
This is a dream stage that draws European leading players of both steel and soft tip darts together. We can expect extremely exciting matches on the stage; darts enthusiasts anxiously await.

Great matches of the leading female players liven up THE WORLD

TOP LADIES AWARD goes to the highest-ranking female player of each stage. In this 2019 season, the battle over this award has become more interesting.
At STAGE 1, Mikuru Suzuki and Kathy Leung, both BEST 64, clashed over the TOP LADIES AWARD. The decisive match by the players representing Japan and Hong Kong attracted attention as it was the same matchup of the SOFT DARTS WORLD CUP 2019 final the day before.

Leung made a major contribution to the team's victory in the SOFT DARTS WORLD CUP and in the final tournament of STAGE 1 she crushed the SUPER DARTS 2018 champion, Haruki Muramatsu of Japan.
Leung's strong performance did not change in the TOP LADIES final match and, until the final leg, almost won the victory against Suzuki, who won the BDO Women's World Championship. Suzuki shined as the TOP LADIES AWARD winner. She has renewed her record and this has become her 7th reception of the award.
Leung missed the TOP LADIES AWARD at STAGE 1 but she is aiming higher.
"Definitely, female players competing in THE WORLD are getting stronger lately. As I competed in the world-class tournaments, my skills improved beyond what I thought were my limitations. Now I compete focusing more on the match results. I am looking forward to the day when many female players compete and the day we have a female champion. Hopefully that will be me. My first goal is to earn TOP LADIES AWARD at least once this season."
Watch the exciting performance of the female players in STAGE 2!

We shouldn't forget to mention the berths in SUPER DARTS 2020 which intensifies the competition. Only the top 4 players of the season can earn a spot in SUPER DARTS 2020 which takes place in Tokyo next year. SUPER DARTS is an iconic event of soft tip darts that has offered many great matches. To perform in the iconic event, players put all their efforts into advancing their position in the rankings of the season.
Will the current top-rankers maintain their position or will they be replaced with new players? STAGE 2 has lots to see such as performance by unfamiliar European players and leading female players. STAGE 2 takes place on 16 June.
Don't miss the live webcast!