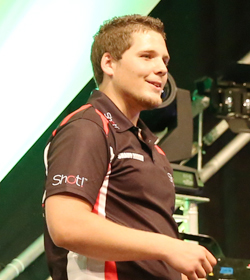 ──Major achievements
──What did you think about THE WORLD STAGE 2 France?

It was hard to play against great players as I was nervous and couldn't get enough sleep. I tried to stay calm although I was nervous, but the nervousness got me at several times. For the match against Haruki Muramatsu, I was defeated by him one week earlier at a PDC tournament. I was thinking about the revenge for the loss. I couldn't play as I planned at some games. So I was very disappointed in myself. My emotions took over and I got angry and behaved toward Muramatsu as if I had an overly aggressive personality. I will have to act accordingly from now on to show that I do not.

──Tell us about your feeling toward STAGE 3 China

I would just like to have a good time at STAGE 3, and show everybody that I am a nice professional player. 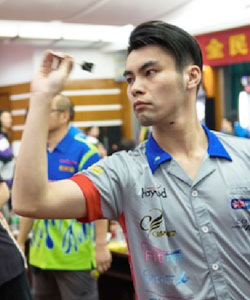 I want to be one of the BEST 8 players.
I would like to set a personal best.

I am looking forward to see great performances by Chinese players. 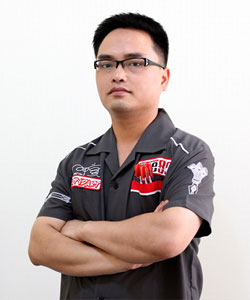 For me, the keyword for the competitions is "State of mind".
When I focus on the fact that my worst enemy is myself, not other players, I can be calm and get better records.
I would like to give all I can for the upcoming matches and get good results by overcoming my weakness!

It would be nice to have more stages in THE WORLD in next year (probably, 8 stages）.
More DL2 machines in China would be great.