STAGE 2 is the only stage being held in Europe this season. Many leading European players appeared in the French venue and engaged in a high-level competition starting with the qualifier. Boris Krcmar shined as the best. He earned the title of STAGE champion three times last year. The Croatian player heightened his recognition as one of the strongest soft-tip darts players of the world. In the 2019 Annual rankings, he stole the top position from Royden Lam of Hong Kong. Krcmar advanced his position to earn his 2nd consecutive stage championship title of THE WORLD and his spot in SUPER DARTS 2020. 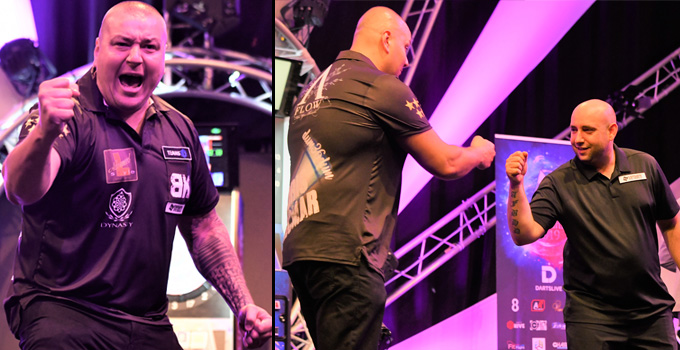 "I am so happy that I won this time as I had lost in the STAGE 1 Final. I want to continue to win in the rest of the stages and play in SUPER DARTS."
Krcmar has competed in SUPER DARTS 3 times. He has been named a strong contender for the title every time he joined the tournament but has not earned the SUPER DARTS title yet. So, it is clear that Krcmar's focus is winning the SUPER DARTS 2020 title. This drove him to his overwhelming victories in the Quarter Finals and the Semi Finals. Krcmar competed against Michael Rasztovits of Austria, a leading player of PDC with a steady winning record. The game started with Krcmar's throw and he led the leg, but Rasztovits reduced the remaining 168 points with T20-T20-T16 and turned the leg around to his advantage. After the loss in the 1st leg, Krcmar fought back intensely and broke in the 2nd leg to get even. He earned the following 3rd and 4th legs and obtained the stage championship title.
"During the tournaments in Asia and the US, I cannot sleep well on the day before, as I have a hard time adjusting to the time difference. However, this time I didn't have to suffer the time difference much as this stage was in France. So I was able to compete under very good physical and psychological conditions. And it brought this wonderful result" Krcmar reminisced on the tournament. STAGE 3 will be in Japan which is far away from his home country, Croatia. "I will win and stay at the top ranking position" he said confidently. 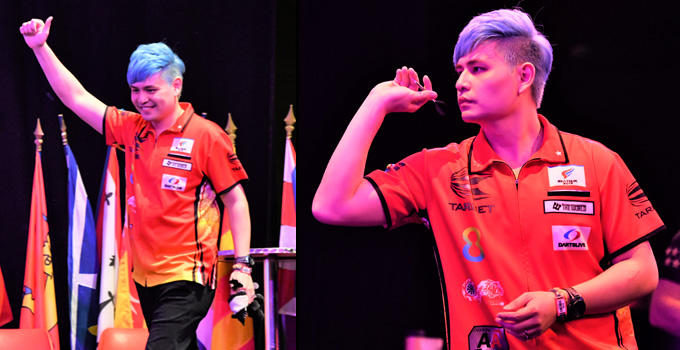 If asked to name one top player in Singapore, everyone would say "Paul Lim". Lim is the SUPER DARTS 2015 champion and champion of THE WORLD for 3 seasons. He holds great records as the iconic player of soft-tip darts. In STAGE 2, Singapore brought a new star, Leslie Lee, who achieved BEST 4.
"I was so happy when I defeated Leonard Gates in the Quarter Final. I landed my best record, BEST 4, but if I hadn't been so complacent at that time, I could have gone further to become the runner-up or champion."
Lee attributed his loss to Krcmar in the Semi Final to his psychological state, not to skill difference. His strength was evident as he defeated the legendary Paul Lim in the 4th round in the final tournament. And he also defeated Leonard Gates, a leading US player.
"I really wanted to compete with the Singaporean legend, Uncle Paul※１. I respect Paul as a player. I played my best and defeated him. Although Lim is a strong player, he made some mistakes that worked in my favor."
*1 Some close players of Paul Lim call him Uncle Paul.
Victory against Lim gave Lee great momentum for the next stage. Lee is now one of players we definitely need to follow in the next STAGE 3.
"STAGE 3 is the biggest stage of THE WORLD. This stage in Japan will draw over 500 players. Other stages draw many strong Japanese players, but this stage will have even more. So this stage will be tougher. But I want to win this tough stage. Then, I want to increase my chances at playing in SUPER DARTS 2020." Lee said
Expectation rises for STAGE3 due to Lee's great performance in STAGE2. 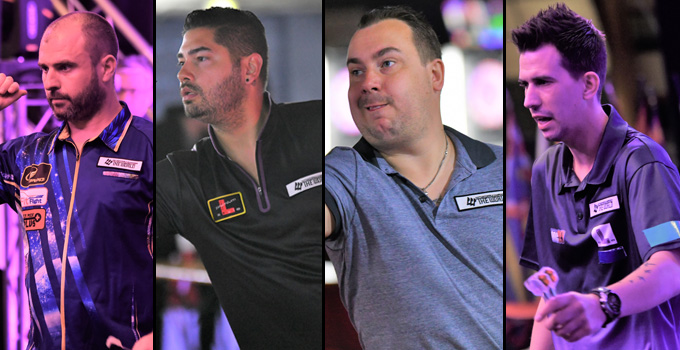 Jacques Labre is a leading French player who played in SUPER DARTS 2018. He faced Royden Lam, the champion of STSGE 1 in the Quarter Final. Labre had a good start in the final leg of the closely fought match with the support of the excited crowd and defeated Lam who tried to turn the game around with his precise performance. Labre ranked 6th although he yielded to Michael Rasztovits in the Semi Final. The French player still has a chance to earn the ticket to SUPER DARTS.

Regarding the results of the leading European players of PDC and BDO, Jelle Klaasen of Netherlands achieved BEST 16, Kim Huybrechts of Belgium did BEST 32, and Michael Unterbuchner landed BEST 64. Although Michael Rasztovits was a runner-up, THE WORLD is not an easy tournament even for these top steel-tip darts players.
STAGE 3 takes place in Japan on 24 August. Competition will intensify over spots in SUPER DARTS 2020. Japan is now a big soft-tip darts nation and draws leading players from all over the world. This STAGE will be so exciting! Don't miss the great matches to come. Live coverage of the stage will be available.