List of past STAGE COLUMN
TOP COLUMN Feature Story - Prepare for the PREMIUM STAGE, where the Japanese Top Players Collide -

Feature Story - Prepare for the PREMIUM STAGE, where the Japanese Top Players Collide -

Keep Your Eyes on the Local Heroes

THE WORLD 2017 STAGE 4 will be held on August 19th (Sat). Players from all around the world will be competing. This stage will be the beginning of the 2nd half of the 6 stages that will be held in the 2017 season.
While the Annual ranker top 1 to 3, Paul Lim, Harith Lim, Alex Reyes might be eye catching, you might not want to forget about the well talented local Japanese players.
Especially for STAGE 4, which has the word "PREMIUM" in its stage name, due to the special regulation, you will get to see Japanese players who don't usually play in the tournament.
You will sure be excited by the battle between the soft tip nation, Japan, and the world class star players from around the world.
Now, let's move on and check out the hot Japanese players including who regularly plays in THE WORLD.

Yuji Eguchi, Who is in Range for the First Japanese Seasonal Winner

Throughout the history of THE WORLD, no Japanese has ever won the seasonal champion. Eguchi currently sits in Annual Ranking No. 4 while he aims to change that history.
Although he still hasn't won any of THE WORLD stages yet, he is steadily earning Annual Ranking Points. It's a must see how far he goes backed up the local supporters. 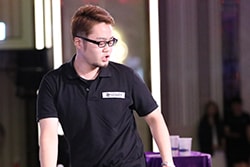 Inaba started playing in THE WORLD from this season.
He is a 22 years old who has been playing all 3 stages, and are ranked in 8th of the Annual Ranking.
He is in a spotlight as a next generation player in Japan.
He has also won his spot for the SKO round of 2017 SOFTDARTS U-22 TOURNAMENT Singles division the following day of the STAGE 4. 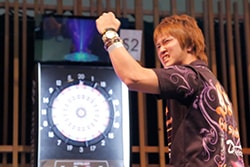 Who has more fame than Ono in the soft dart competitions as a Japanese player?
He has beaten Boris Krcmar to be the Champion at the last PREMIUM STAGE, who is known as one of the toughest competition.
Also new to our memory, he has won the SUPER DARTS 2017 beating all the top players form the world.
He has all the eyes from dart fans across the world for the drama he will create in the STAGE 4. 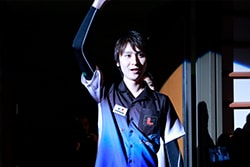 Chino has been playing as a pro since 21, and he has experience as a Champion in numerous world class tournaments.
You can see where his skill levels are at, considering the fact that he has earned his spot at PDC.
He lost against Boris Krcmar in the last PREMIUM STAGE, but the fans were excited by his play.
You can't take your eyes off from Chino as he has returned to THE WORLD this year on revenge.

High Spot, the SHOOT OUT

One of the high point of THE WORLD this season is in its results of the pre-tournament SHOOT OUT.
STAGE 1 winner of the SHOOT OUT, Alex Reyes became the Champion.
SRAGE 2 winner of Paul Lim also won the stage.
STAGE 3 winner Kenichi Ajiki, came a little short in the SKO round, but managed to become 1st runner up.
From these results, you could see how the players manage to play the SHOOT OUT has a lot in the SKO round.

THE WORLD STAGE 4 JAPAN -PREMIUM- will be held on August 19th (Sat). Who will dominate the stage? Find out Live on DARTSLIVE.TV.